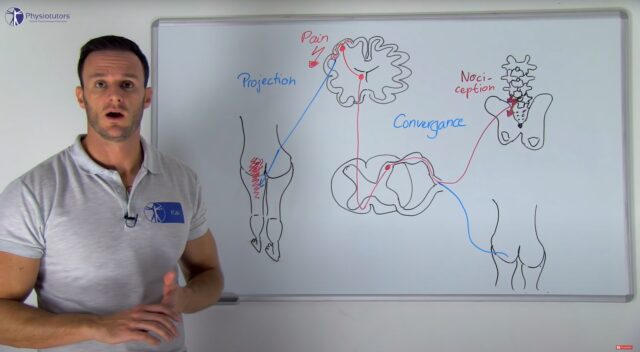 If we want to define what referred pain is, it might be easier to first define what it is not. In the case of local pain, the place of nociceptive stimulus is also the place where the pain is felt. Pressure or load on this local point then results in an increase in pain intensity. Referred pain is also different from neuropathic pain in which case the pain is felt in the distribution of the nerve.

In the case of referred pain, pain is perceived in a region other than the site of the painful stimulus. Thus, pressure or load on the place where the pain is felt usually does not lead to an increase in pain intensity. However, pressure or load on the place of the sensitized nociceptors results in an increase in pain intensity and the referred area.

So how can this phenomenon be explained? The leading theory behind referred pain is called the convergence projection theory, which we’ll explain in a simplified version: 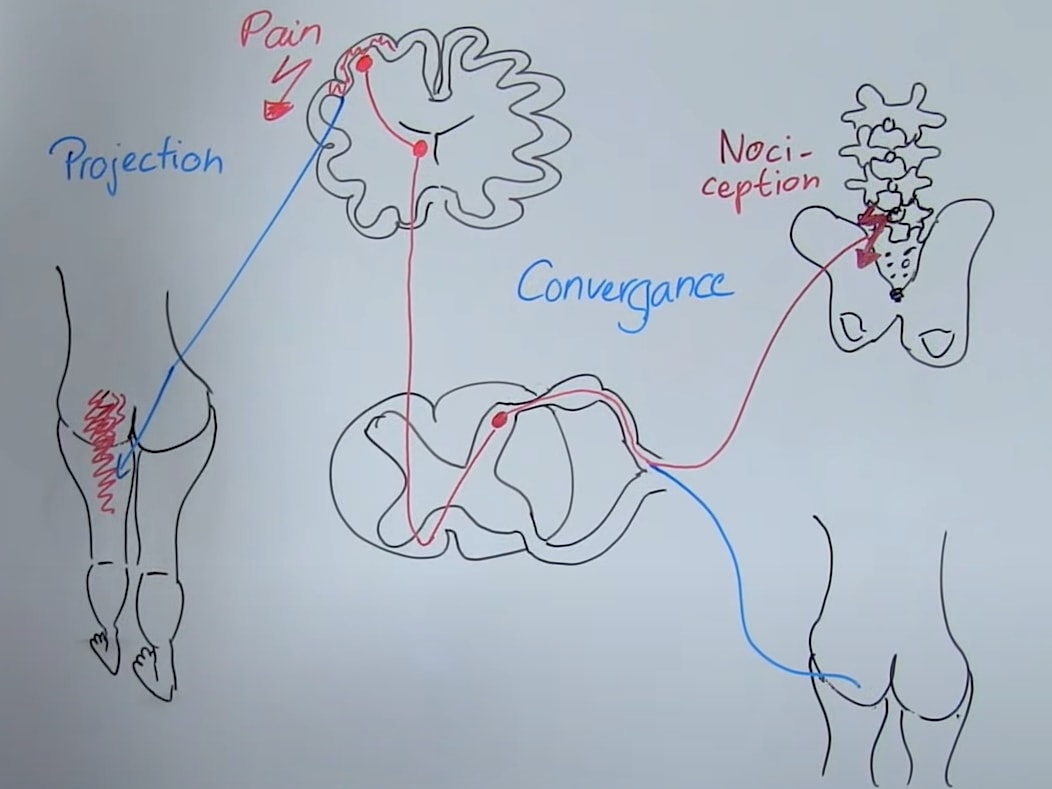 In the case of somatic referred pain, nociceptive input from axial or proximal somatic tissue – for example the right facet joint of L5/S1 – is projected as pain to a different more distal somatic tissue like the right buttock and back of the thigh. This is due to the fact that both tissues share the same segmental afferent innervation and the somatosensory cortex projects the pain into the area with the denser nociceptive afferent information. 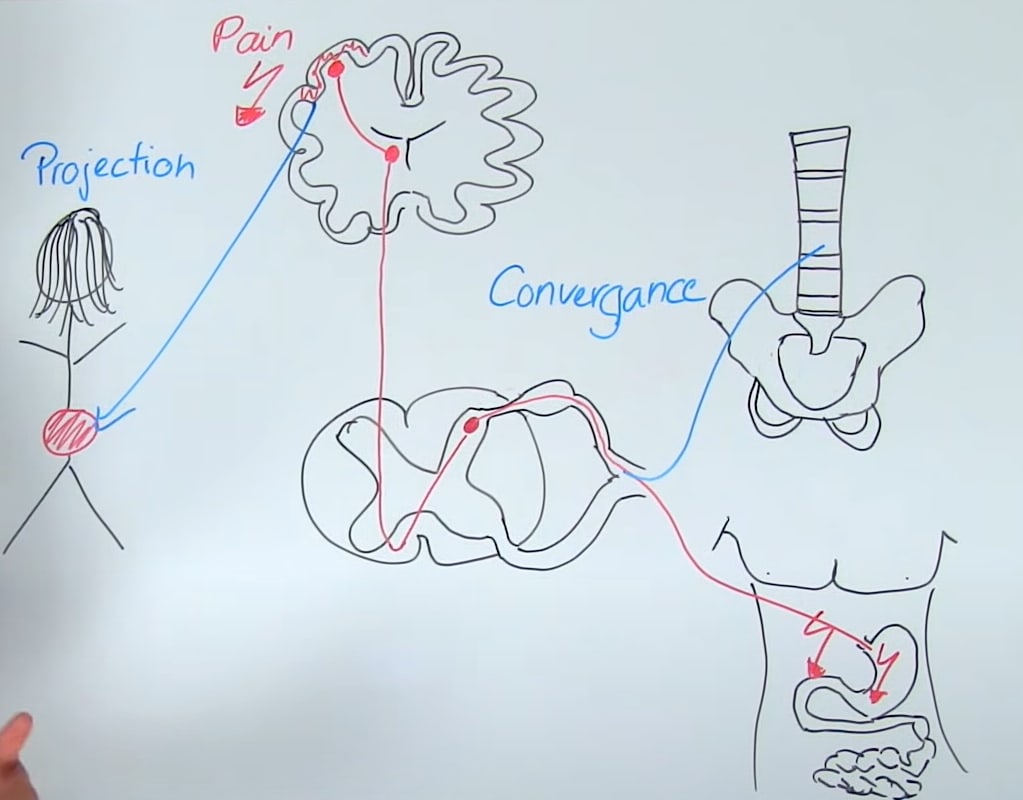 In the case of visceral referred pain, nociceptive input from visceral structures, so the internal organs of the body, is projected as pain into more distal somatic structures that share the same segmental innervation and that are more densely innervated. This way, visceral referred pain can mask as pain from musculoskeletal structures. Visceral pain is often associated with marked autonomic phenomena, including pallor, profuse sweating, nausea, GI disturbances, and changes in body temperature, blood pressure, and heart rate.

In the following image you can find an overview of referral pain patterns for different organs: 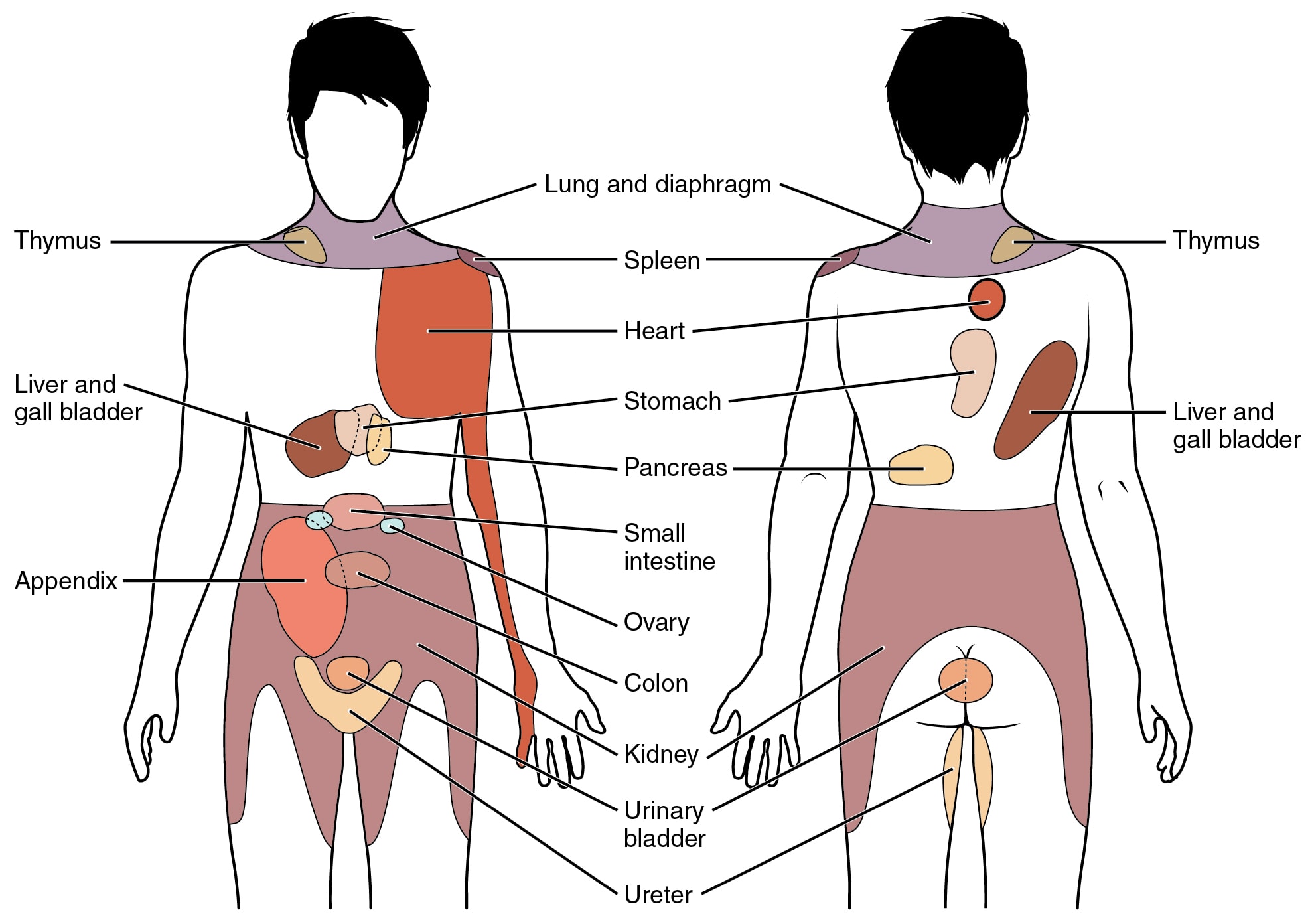 It’s important to mention that referred pain does not follow a dermatomal distribution, but is felt within the same sclerotome. However, sclerotome maps are not consistent and differ between different studies and subjects. Therefore, patterns of referred pain can be used to judge, not the anatomical source or cause of pain, but at least the approximate segmental location. (Display overview from different studies if possible).In any case, it is always referred from proximal to distal direction.

At last, Referred pain is typically described as deep, aching pain, sometimes like an expanding pressure into wide areas that are difficult to localize. In contrast to radicular pain, it rarely refers to areas distal of the knee or elbow. The deep aching quality is due to the stimulation of unmyelinated type IV or C fibers, which inform the central nervous system about the amount of damage and is often called secondary hyperalgesia. In comparison stimulation of fast myelinated type III or alpha delta fibers that fire in case of potential tissue damage, typically lead to sharp, well-localized pain, called primary hyperalgesia.

Check out the articles in the description down below to study the phenomenon of referred pain in more detail! If you want to learn more about visceral pain referral for different areas of the vertebral spine, then check out one of the following posts: 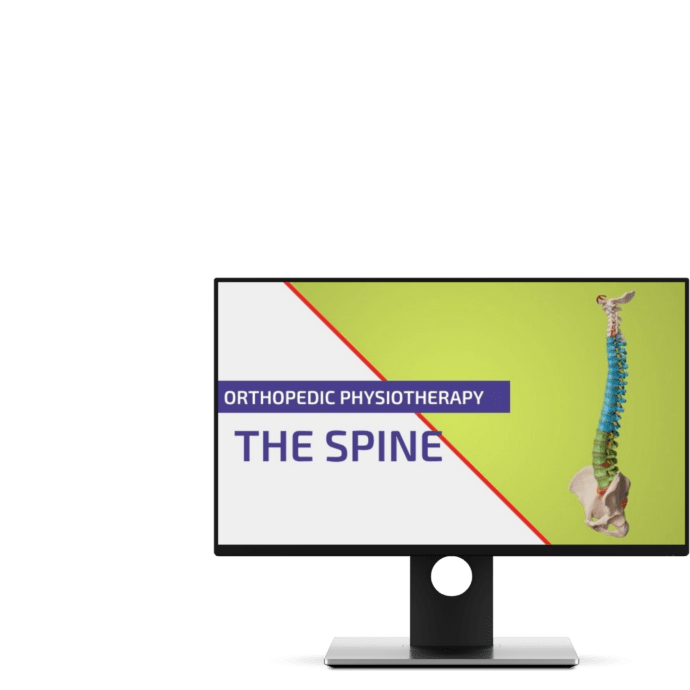