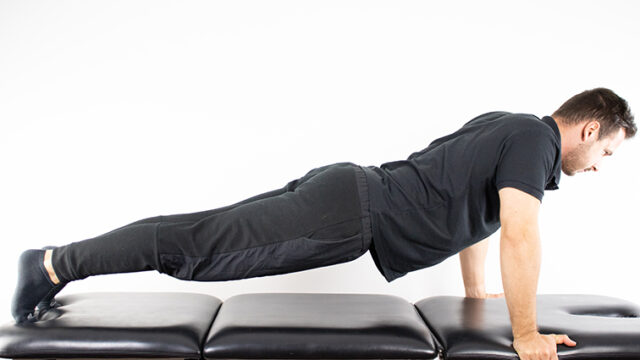 Regan et al. (2006) did a diagnostic study on the prone push-up test and found a sensitivity of 87,5% with unknown specificity. For this reason, we give this test a questionable clinical value in practice.

The push-up test makes use of the patient’s body weight to create an axial load, and valgus torque at the elbow resulting in posterolateral subluxation of the elbow. In order to perform the test have your patient lie in prone position with his chest on the floor or treatment bench with the elbows flexed at 90 degrees, the shoulders abducted and the side to be tested in supination at the forearm. Now ask the patient to perform a push-up.

This test is positive if the patient has apprehension, reports a sense of instability or lateral elbow pain or if actual dislocation of the radial head takes place.