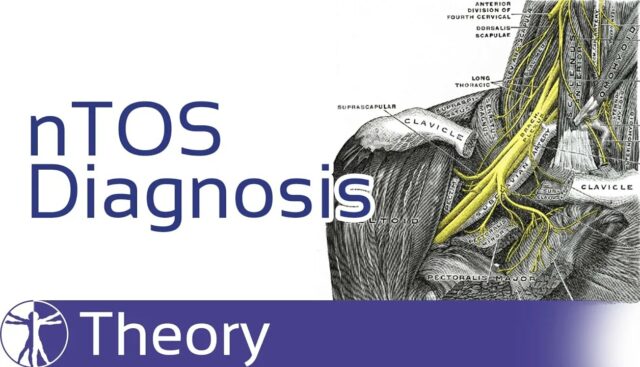 The treatment of neurogenic thoracic outlet syndrome, abbreviated as nTOS has been hampered by inconsistent definitions and diagnosis which leads to uncertainty regarding treatment options and a lack of consistent outcome measures Illig et al. (2016) of the Society for Vascular Surgery published reporting standards for TOS with the primary aim to provide a clear and consistent understanding and definition of what constitutes a diagnosis of nTOS. Following these criteria, nTOS should be defined by the presence of three of the following four:

4. In those who undergo it, the response to a properly performed TEST INJECTION is positive.

In addition, most patients have prolonged symptoms for more than 6 months, deteriorate over time, and have a history of trauma, although these factors are not required for diagnosis.

It has to be said that the subjective nature of many of these diagnostic findings contributes to the controversy surrounding the validity of the diagnosis of nTOS.

Common tests to assess for TOS are: