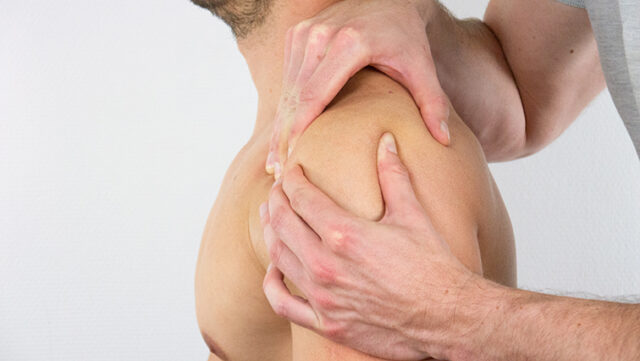 The Load and Shift Test is an orthopedic shoulder test to assess anterior and posterior shoulder instability. According to Morey et al. (2016) the load and shift test has a sensitivity of 37.5% and a specificity of 89.2% in the detection of shoulder instability. On top of that, Eshoi et al. (2018) evaluated the test regarding its reliability and found and inter-rater Kappa k of 0.48, which signifies moderate reliability.

The test is positive if you can reproduce the patient’s symptoms and if the tested side clearly translates further than the other side.
A Translation of up to 25% of the humeral head diameter is considered normal anteriorly, 50% is considered normal posteriorly.
Some authors also grade the amount of translation from:
1 – which means translation up to, but not beyond, the glenoid rim,
2 – the head feels as if it is gliding riding over the glenoid rim, but spontaneously reduced
3 – which means subluxation without spontaneous reduction

It is important to notice that anterior laxity is usually accompanied by tightness of the posterior capsule and vice versa.

Other common orthopedic tests to assess shoulder instability are: