In the last couple of years foam rolling – often called myofascial release – has become a popular intervention in all kinds of sport settings used to increase the efficiency of training or competition preparation as well as to speed up post-exercise recovery. Even in physio practices around the world it is more and more used and promoted as a treatment to prevent and treat injuries such as back pain or ITB syndrome. But what does it really do and does it live up to these high claims?

So let’s start with what foam rolling actually does. When googling “foam rolling”, we’re coming across the following definition: Foam rolling is the application of pressure to eliminate scar-tissue and soft-tissue adhesion by freeing up your fascia. The good news is fascia and trigger points can be released.

Uff…that’ a lot of false claims right there in a short sentence. So let’s break this down one for one:
First of all, let’s explain what fascia is. Fascia is connective tissue that surrounds organs, blood vessels, bones, nerve fibers, muscles and individual muscle fibers. We can distinguish between the fascia superfiscialis which is located between the superficial and deep fat tissue and the deep fascia known as fascia profunda which is the layer surrounding muscles or individual muscle fibers.

Now for the following demonstration, all credits go to Dr. Andreo Spina who explained this very well in his video “why foam rolling is not myofascial release”. We’ve linked it for you here.

Now if we start foam rolling, what is happening is that both layers get compressed against each other. This compression will not release the adhesion or scar tissue inbetween the layers.

For a release or break-down of scar tissue, what needs to happen is that both fascial layers are sliding in different directions. I’m not sure if you’ve ever treated a scar as a therapist. If you have then you know that mobilizing a scar is basically mobilizing the skin and its underlying layer by twisting it in different directions in order for it to get back its mobility. What you don’t do is to just put pressure on it because this doesn’t mobilize or break down adhesions.

Now, can it release trigger points? This is enough for a separate video that we will certainly produce at some point in time. But our current understanding is that we don’t really know what trigger points are and there is a good chance that trigger points are not taut bands like suggested in the past. If you would like to read more about critique on the taut band theory, we have linked an article in the references below.
So how does foam rolling work then? My best guess is that foam rolling creates a painful stimulus that activates supraspinal inhibition of pain, so-called diffuse noxious inhibitory control abbreviated as DNIC. In short: It works by neuromodulation achieving short-term effects on performance, recovery, and range of motion.

But apart from its working mechanism which we really haven’t figured out yet and which is of course opinion-based, let’s look at its effects that are backed by quite a lot of scientific data:

Effects on performance and recovery

Wiewelhove et al. (2019) performed a meta-analysis on the effects of foam rolling on performance and recovery. They came to the conclusion that the effect of foam rolling on performance and recovery are rather minor and partly negligible. However, in some cases they might have a small added benefit: The authors found an increase in sprint performance of 0.7% and an increase in flexibility of 4% as well as reduced muscle pain perception by 6%.

Foam rolling & its effects on flexibility

So if you do like foam rolling, how long should I roll each muscle group to see some effects? A systematic review by Hughes et al. (2019) recommends a minimal dose of 90 seconds per muscle group, while no upper limit is reported in the literature.

Our personal standpoint on foam rolling

So what is our personal opinion on foam rolling? Our personal standpoint on all new gimmicks is that we don’t believe in it until proven otherwise with solid evidence. The problem I have personally is that marketers start out with huge claims that they can hardly ever live up to and they often hold on to their claims even after they have long been refuted. So, The only time I like to use a foam roller on myself is as an aid for thoracic mobilization. Apart from that, I don’t see the benefit of rolling several muscle groups for 90 seconds. It needs time that I don’ have, It’s painful, doesn’t have lasting effects (“until proven otherwise), and has negligible short-term effects on performance and recovery. While it does have a short-term effect on range of motion, this effect is only large in comparison with no exercise. So I would be curious if there is any superior effect in comparison with a general warm-up like 5 minutes of jogging. My guess is “No”.
But before you go crazy, because you are a huge fan, let me finish with this: Similar to our video about stretching, there is nothing wrong with foam rolling if you don’t expect it to do things it doesn’t deliver or more importantly: If you don’t sell it to patients with benefits that are just not proven. But If you enjoy it and it makes you feel good and you want to do it to increase ROM before exercising, go ahead. There is absolutely nothing wrong with it.

Thanks a lot for reading,

Subscribe now and receive a notification once the latest blog article is published. 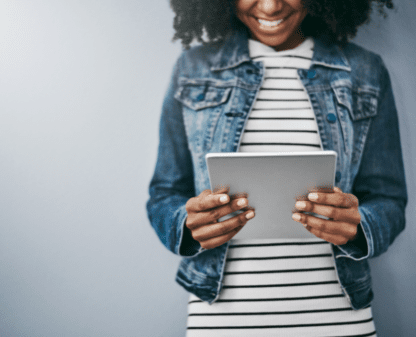