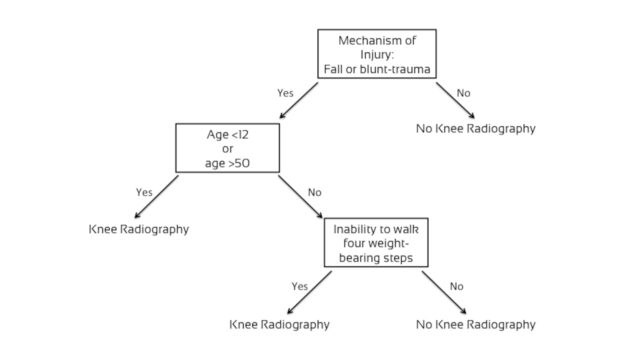 Similar to the Ottawa Knee Rules, the objective of the Pittsburgh Decision Rule is to evaluate which cases of knee injury require radiographic imagery, subsequently reducing the number of unnecessary and costly x-rays.

Take a look at the following diagram outlining the specific process. 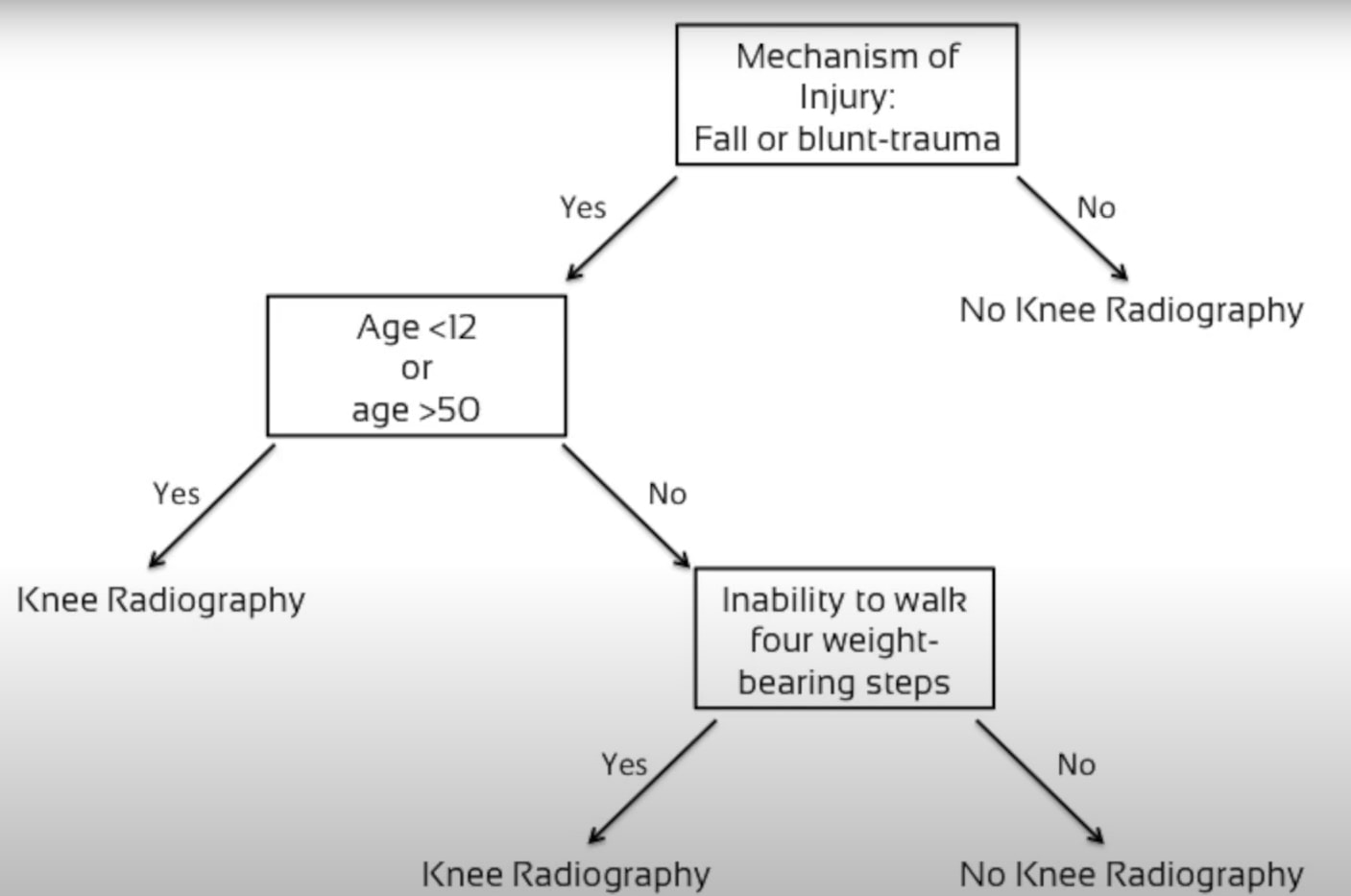 Now if you see a patient with a reported fall or blunt trauma, in combination with either the inability to walk four full weight-bearing steps or age younger than 12 or older than 50 years old, the decision rule is 100% sensitive and 79% specific for the detection of fractures.

If compared to the Ottawa Knee rules, the Pittsburgh Decision Rule was found to be significantly more specific in a study by Cheung et al. (2013).

If you are curious about screening for ankle fractures, check out the following posts: