Around 20% of BPPV cases are said to resolve within 4 weeks and up to 50% up to 3 months without treatment, but recurrence is reported between 10-18% after 1 year. The modified Epley maneuver involves a series of four movements of the head and body in order to move the debris out of the posterior semicircular canal.

In a Cochrane review by Hilton et al. (2014), the authors found that the Epley maneuver was more effective than sham maneuvers or control. There was no difference when Epley was compared to the Semont maneuver. The chance of success in this review was described to be as high as 80%. Be aware that the Epley maneuver can lead to nausea which was reported in 17-32% of patients. So make sure you have a bucket at hand, in case your patient might need it. The patient should be counseled that his symptoms of vertigo will be reproduced and that he might feel nauseous. On top of that, make sure that your patient is able to tolerate neck movement.

To perform the modified Epley maneuver have your patient sit on the treatment bench in long-sit with a pillow on the table that will make sure that the patient’s head is extended to 20° in a second. Rotate your patient’s head 45 degrees to the right in order to perform the maneuver for the right posterior semicircular canal. So if your Dix-Hallpike test was positive in this position, this is how you start. The steps are an exact mirror for the left side. Now take the patient backward in a quick movement so that your patient’s head is still rotated and extended to 20 degrees by the pillow. Maintain this position for 20-30s. Next, quickly turn your patient’s head 90 degrees toward the unaffected side and hold this position for another 20 seconds. Afterward, have your patient roll onto his left shoulder and quickly turn his head a further 90 degrees so that his head is facing down at a 45° angle. Again, hold this position for 20-30 seconds. Afterward, bring the patient into the upright sitting position to complete the maneuver. A meta-analysis from Devaiah et al. from the year 2010 showed that post maneuver restrictions are not necessary as they have not shown any significant benefit compared to no restrictions.

The literature demonstrated beneficial effects of multiple treatment sessions for patients with persistent nystagmus following the initial maneuver. Be aware, that canal conversion from the posterior into the lateral semicircular canal occurs in 6-7%of those treated with canalith repositioning procedures. Therefore, it is important to recognize the canal variant of BBPV as well.

Another effective maneuver for pBPPV is the Semont maneuver. In case you suspect lateral BPPV, you will have to perform the BBQ roll maneuver. 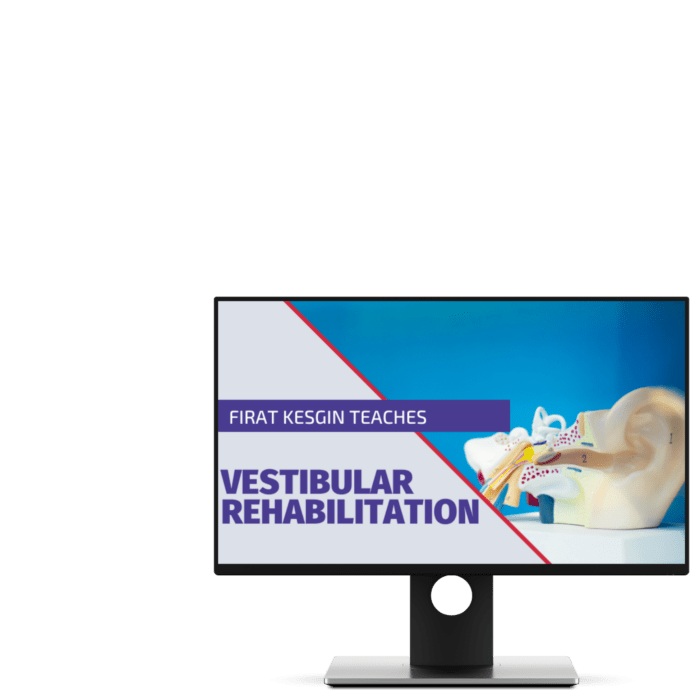