During my internships, I always struggled to differentiate Carpal Tunnel Syndrome from Thoracic Outlet Syndrome or other peripheral nerve entrapments.
This blog post dissects CTS and tells you everything you need to know from anatomy to clinical features, differential diagnoses to treatment options!

We have been on a bit of a roll talking about neural injuries such as cervical radiculopathy, thoracic outlet syndrome and previously Alicia has written about the ulnar and radial peripheral nerves. It seems fitting and in the aim of completion, that we discuss median nerve entrapment and the most common entrapment neuropathy of them all, carpal tunnel syndrome (CTS).

Especially as both cervical radiculopathy and thoracic outlet syndrome have pain referral patterns that can reach as far as the hand, knowing the differential features of each condition is paramount to a successful assessment. The purpose of this blog therefore is to provide an overview of CTS with a focus on clinical presentation, with the goal of complimenting previous blogs on cervical radiculopathy and thoracic outlet syndrome.

Entrapment neuropathy has been defined throughout the literature as an “isolated peripheral nerve injury which occurs at specific locations where a nerve is mechanically constricted in a fibrous or fibro-osseous tunnel or deformed by a fibrous band” (England, 1999). Entrapment neuropathies are a “press-induced injury caused by anatomic structures or pathologic processes” (Toussaint, Perry, Pisansky, & Anderson, 2010). Where the peripheral nerves may become subject to compression, tension/stretch, friction or any combination thereof (Pratt., 2005).

For a nervous system to function normally, it must be able to execute three primary functions; withstand tension, slide within its container, and be compressible. Nerves do not simply stretch. Their movement is a combination of sliding, compression, elongation, convergence, and bending…….. Each layer of the nerve has a separate role in each of these functions.

Nerves are particularly sensitive to ischemia. When ischemic changes are due to acute compression the symptoms are reversible. However, when chronic edema occurs it can lead to scar formation and irreversible changes in the nerve.

Carpal tunnel syndrome, as the name suggests, is a syndrome or cluster of symptoms relating to pathology within the carpal tunnel. The cardinal signs of CTS are pain, paraesthesia and loss of motor control in the distribution of the median nerve. This includes pain, tingling, numbness in the first three fingers but sparing the palm of the hand, weakness of the thumb, loss of grip strength and varying degrees of loss of function. Above the wrist or symptoms involving the entire hand are uncommon and suggest a nerve lesion proximal to the carpal tunnel (Toussaint, Perry, Pisansky, & Anderson., 2010). Carpal tunnel syndrome (CTS) or median nerve entrapment at the wrist is the most common entrapment neuropathy for the upper limb and accounts for up to 90% of all neuropathies (Arle., 2000; Bayramoglu., 2004; Bordalo, Rodrigues & Rosenberg., 2004; Corwin., 2006).

The prevalence of carpal tunnel syndrome (CTS) is reported throughout the literature between 3% in the general population and between 5-15% in occupations that involved repetitive and forceful hand tasks (Coppieters & Butler., 2008; Nee & Fields., 2010).

CTS was not well recognized until 1941 (Arle, 2000) and it was later around 1959 that Phalen had promoted the surgical treatment for this problem. Since that time there has been extensive research into the condition, particularly because of its prevalence and associated medical cost, yet there is no set criterion for diagnosis.

CTS was the first condition that I researched during my Masters’s program and after learning more about entrapment neuropathies, my curiosity into neurogenic pain, neuropathies, and neurodynamic treatments grew. What I came to realize is that with these conditions, a sound understanding of anatomy and points of entrapment can greatly assist in clinical diagnosis.

For the median nerve specifically, this list outlines the possible points that entrapment can occur:

It is important, therefore, to consider much more than just the wrist. There are other causes of CTS that are not due to entrapment but rather compression due to medical conditions (Beneciuk, Bishop & George, 2010; Bilecenoglu, 2005; Bordalo Rodrigues, et al., 2004; Bordalo Rodrigues & Rosenberg, 2004; Pratt, 2005).

It has been previously documented (Tekin, et al., 2015) that there is a strong correlation between the presence of carpal tunnel syndrome (CTS) and diabetes mellitus. In the diabetic population there was a higher prevalence of synovial edema, vascular proliferation and thickening of vascular walls. Diabetes mellitus however, may not be the only endocrine and/or metabolic disorder that increases the prevalence of CTS.

Hypothyroidism is a metabolic condition that occurs when the thyroid does not secrete enough thyroid hormones. “The primary hormones produced by the thyroid are thyroxine, triodothyrone, and calcitonin.” (Goodman, 2009, p. 465). One of the major symptoms of hypothyroidism is the accumulation of mucopollysaccharides and proteins within the tissues, causing edema. This edema is the resulting cause of compression of the median nerve within the carpal tunnel that results in CTS developing in people with hypothyroidism.

Acromegaly is another consideration and a condition caused by excessive secretion of growth hormones from the pituitary gland that result in enlargement of the hands and feet due to increased bone thickening and soft tissue hypertrophy (Goodman, 2009; Kumar, Abbas, Fausto, & Mitchell, 2007).

These are just three possible conditions that result in CTS and as physiotherapists, we will be most effective in addressing the nerve injuries that arise from either repetitive activity, external pressures, or post-traumatic conditions. What I learned recently while studying metabolic and endocrine diseases is that having solid medical management of the other conditions is very important if CTS is being caused by thyroid disease, growth hormones, diabetes etc. All of these conditions lead to altered fluid balance, altered structure within the canal itself, and different degrees of inflammation. Be sure to question for medical conditions during your subjective assessment and establish if these conditions are being well managed. If not, we are less likely to see success in our treatment because we can’t change these factors with our physiotherapy treatment.

Pain distribution:
As mentioned previously CTS presents with pain and P&N in the 3.5 fingers, C6/7 radiculopathy will present with aching pain through the medial border of the scapular and radiating pain along the distribution of the nerve, thoracic outlet syndrome will be more likely to present with mild or aching pain on the ulnar side of the forearm.

P&N and N will be in the same distribution as the pain in CTS, and more likely to follow the C6/7 dermatome with CR.

Aggravating and easing factors are easier to differentiate.

Palpation is another useful examination tool and will require you to palpate the cervical spine and along the course of the median nerve throughout the arm and into the hand, specifically looking at the potential points of entrapment listed above.

This is a shortlist of differentiating features but don’t forget the usefulness of AROM and PROM test, neurological examination, neurodynamic examination and special tests for cervical radiculopathy (Spurling and distraction tests), TOS (Wright’s, Adson’s, Costoclavicular and Roos test) and CTS (Tinel’s sign and Phalen’s test).

Another consideration for assessment is the inclusion of grip strength, pincer strength, and self-reported outcome measures for levels of disability and function of ADLs. These are all great outcome measures that look at the impact of CTS not just the symptoms of pain and paraesthesia.

Special tests reported in the literature for assessment of CTS are the Phalen’s test and Tinel’s sign.

Cleland and Koppenhaver (2011) define a positive response as having any one of the following: symptom reproduction, change in symptoms with distant segmental movement or a difference between limbs of >10°. Normal sensory responses may include aching, burning, stretching, or tingling in the medial elbow, the forearm, or hand. Most research looks at specificity and sensitivity in diagnosing cervical radiculopathy with only three known studies assessing this in carpal tunnel syndrome. The sensitivity of the median nerve bias neurodynamic test has been reported between 75-82% (Conevey., 1997; Vanti., 2010; & Wainner., 2005).

Use of Medical Imaging

Nerve conduction studies remain the diagnostic standard due to their ability to detect the difference between axonal and demyelination pathologies. One downfall of nerve conduction studies is that they don’t provide information on structural abnormality of the peripheral nerve, and therefore needs to be used in conjunction with U/S and MRI to improve diagnosis (Arle 2000; Beneciuk et al. 2010, Bordalo Rodrigues & Rosenberg 2004, Campbell 1997, Hobson-Webb et al. 2012, Kim et al. 2007b, Martinoli et al. 2000, Wainner et al. 2003).

Ultrasound can be used to detect the cross-sectional area of the nerve, which is a reliable objective measure of disease. When compared to MRI is has excellent visualization of nerves but is heavily operator dependent.

In recent years MRI has become progressively more involved in diagnosis because it is useful in detecting co-existing pathologies, muscle denervation patterns, and nerve root involvement. In regards to carpal tunnel specifically, MRI has four diagnostic features are seen:

There are two general approaches for the treatment of CTS, conservative and surgical. Conservative approaches traditionally involve avoidance from aggravating factors, use of a splint during the day or night, oral steroidal medication, and on occasion wrist mobilization techniques (Bayramaglu 2004; Uchiyama, et al. 2010). Not often do articles discuss the use of neurodynamic sliding treatment techniques or exercises, which is a major focus of the treatment I use for this condition.

“Neurodynamic mobilization, the technique of neural gliding is movement-based and attempts to take the nerve throughout the available range of movement, potentially affecting the nerve both mechanically and physiologically” (McKeon & Yuncosek., 2008, p. 325). Results from this study by McKeon and Yuncosek showed that neural gliding exercises have a strong effect on grip and pincer strength, pain and symptoms, and self-reported levels of disability in patients with CTS. Unfortunately, they don’t describe such exercises in depth. To understand these movements further I referred to Shacklock’s book Clinical Neurodynamics.

Based on the level of severity and irritability of your patient, I choose to offload the patient by first positioning the patient in ipsilateral cervical lateral flexion and not using scapula depression.

You can also choose to control the movement of cervical lateral flexion and provide a side gliding movement while the patient performs the movement at the elbow +- wrist (depending on the level of severity).

AS A HOME EXERCISE

Below are two images that represent a version of the median nerve slider in sitting. When more pressure is put on the distal portion of the nerve at the level of the wrist, pressure is reduced proximally with cervical lateral flexion. If you wanted to change this exercise into a tensioner rather than a slider then you would use contralateral cervical lateral flexion. I personally find the sliders to be comfortable, easy for patients to perform, and have a good effect on pain and function without provocation of symptoms.

Surgical treatments generally involve open surgical release of the flexor retinaculum and are recommended for patients who fail conservative treatment, have intolerable pain, constant numbness, and weakness with ADLS (Bayramaglu., 2004).

CTS is the most common entrapment neuropathy of the upper limb. It is commonly considered in the differential diagnosis with thoracic outlet syndrome and cervical radiculopathy. Understanding the primary cause of CTS can be challenging based purely on clinical tests, so be sure to question for medical conditions that can be causing CTS by changing fluid balance, inflammation, and structure of the canal.

Take care in considering proximal points of entrapment and the role of the cervical spine in this condition. From a treatment perspective, neurodynamic assessment and treatment are becoming increasingly recognized for their ability to alter the mechanics and physiology of the nerve.

Coppieters, M. W., Alshami, A. M., & Hodges, P. W. (2006). An experimental pain model to investigate the specificity of the neurodynamic test for the median nerve in the differential diagnosis of hand symptoms. Archives of physical medicine and rehabilitation, 87(10), 1412-1417. 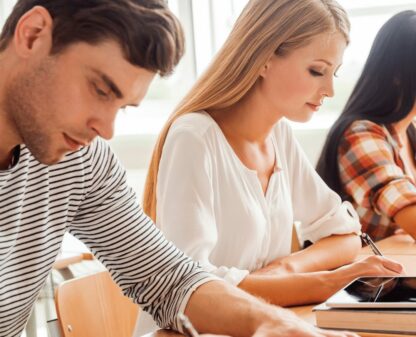