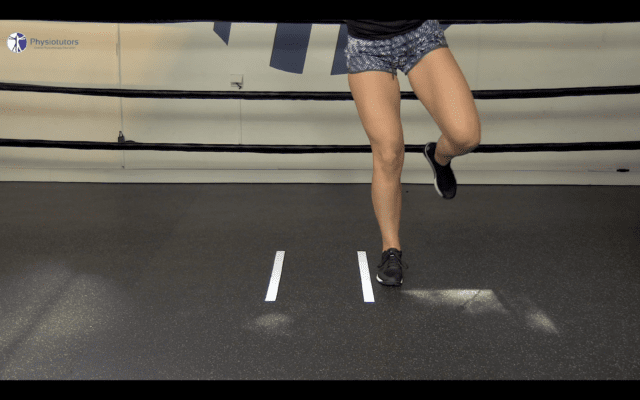 The hop tests of Gustavsson test maximum single-leg hop performance and performance under increasing fatigue. There are three tests: The vertical jump test, the hop for distance, and the side hop test. The goal of the tests is to discriminate between the hop performance of the injured and the uninjured side in patients with an ACL injury and ACL reconstruction.

The vertical jump test is performed as a countermovement jump. The starting position the upright position with the hands placed behind the back. The patient quickly bents his knee as much as desired and then immediately jumped upwards, attempting to maximize the height of the jump. A computerized system serving as a ‘‘contact mat’’, makes it possible to measure the flight time. The system then converts the flight time into jump height in centimeters. This is an expensive tool and is not available in every physical therapy practice. An easy and free option is downloading the MyJump2 app, which can be used as a valid tool to measure jump height performance according to a study by Haynes et al. (2019).

For the hop-for-distance test, the patient stands on the test leg and then hops as far as possible while landing on the same leg. A free leg swing is allowed and the hands are placed behind the back. The patient is instructed to perform a controlled, balanced landing and to keep the landing foot in place. So no extra hops are allowed until the examiner has registered the landing position. Failure to do so results in a disqualified hop. The distance is measured in centimeters from the toe at the push-off to the heel where the subject landed.

For the side hop test, the patient stands on the test leg with their hands behind their back. The patient jumps from side to side between two parallel strips of tape, placed 40 centimeters apart on the floor. The patient is instructed to jump as many times as possible during a period of 30 seconds. The number of successful jumps performed, without touching the tape, is recorded. Touching the tape is recorded as an error, and if more than 25% of the jumps have errors, the second trial of 30 sec is performed after a 3-minutes rest period.

In order to score the tests, the lower limb symmetry index needs to be calculated to determine whether a side-to-side leg difference was classified as normal or abnormal. The limb symmetry index is defined as the ratio of the involved limb score and the uninvolved limb score expressed in percent. So the centimeters of the involved divided by the centimeters of the uninvolved leg multiplied by 100:

This test cluster can be used to evaluate progression during rehab and to help return to sport decision-making. Be aware that the limb Symmetry Index can overestimate knee function. The uninvolved limb is used as healthy control, but it doesn’t guarantee that the prior functional level of the uninvolved leg is reached. A study from Gokeler et al. (2017) showed that athletes who have undergone an ACL reconstruction demonstrate bilateral deficits on hop tests compared to age and sex-matched normative data of healthy controls. Comparison with pre-injury test data and normative values for age, sex, and sports could be more beneficial in the return to sport decision-making.

It could be beneficial to perform the tests in a fatigued state as well. A study from Augustsson in the year 2014 tested a group of people after ACL reconstruction with an LSI above 90%. When this group was tested in a fatigued state, only 32% were able to achieve the 90% or more. To conclude we can say that these tests are really useful in the rehabilitation process. However, in isolation, they are only one part to clear a patient for return to sport. 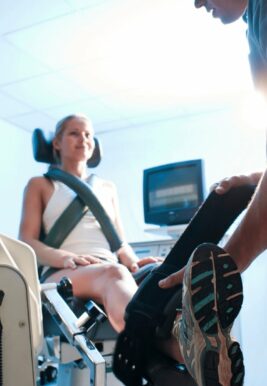 Haynes, T., Bishop, C., Antrobus, M., & Brazier, J. (2019). The validity and reliability of the My Jump 2 app for measuring the reactive strength index and drop jump performance. The Journal of sports medicine and physical fitness. 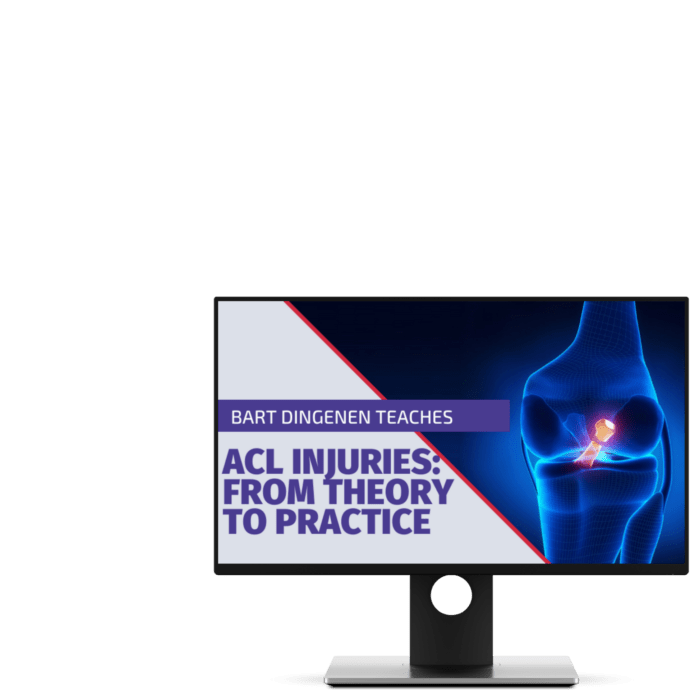