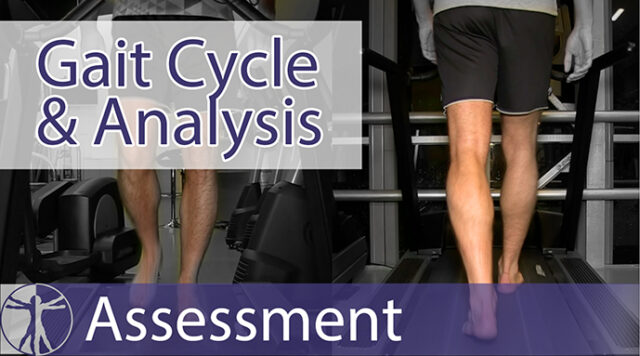 Gait analysis can be part of your functional assessment. You would most likely choose to do a gait analysis when for example, walking was your patient’s specific complaints that you have recorded during history taking. When you do gait analysis, it is wise to look at the patient from the front, the back, and the side. It can also be beneficial to record the gait analysis on video to show it in slow motion and to discuss your findings with your patient.

The only task now is right limb enhancement until the next heel strike. We subdivide the Swing Phase into the Initial Swing – from toe-off until the feet are adjacent. We are now at 73% of the gait cycle. Following the Initial Swing is the short period called Mid-Swing. And it lasts until the tibia is vertical. We have reached 87% of the gait cycle. The last period, the so called Terminal Swing, ends with the heel strike of the right leg. Take a look at this overview. 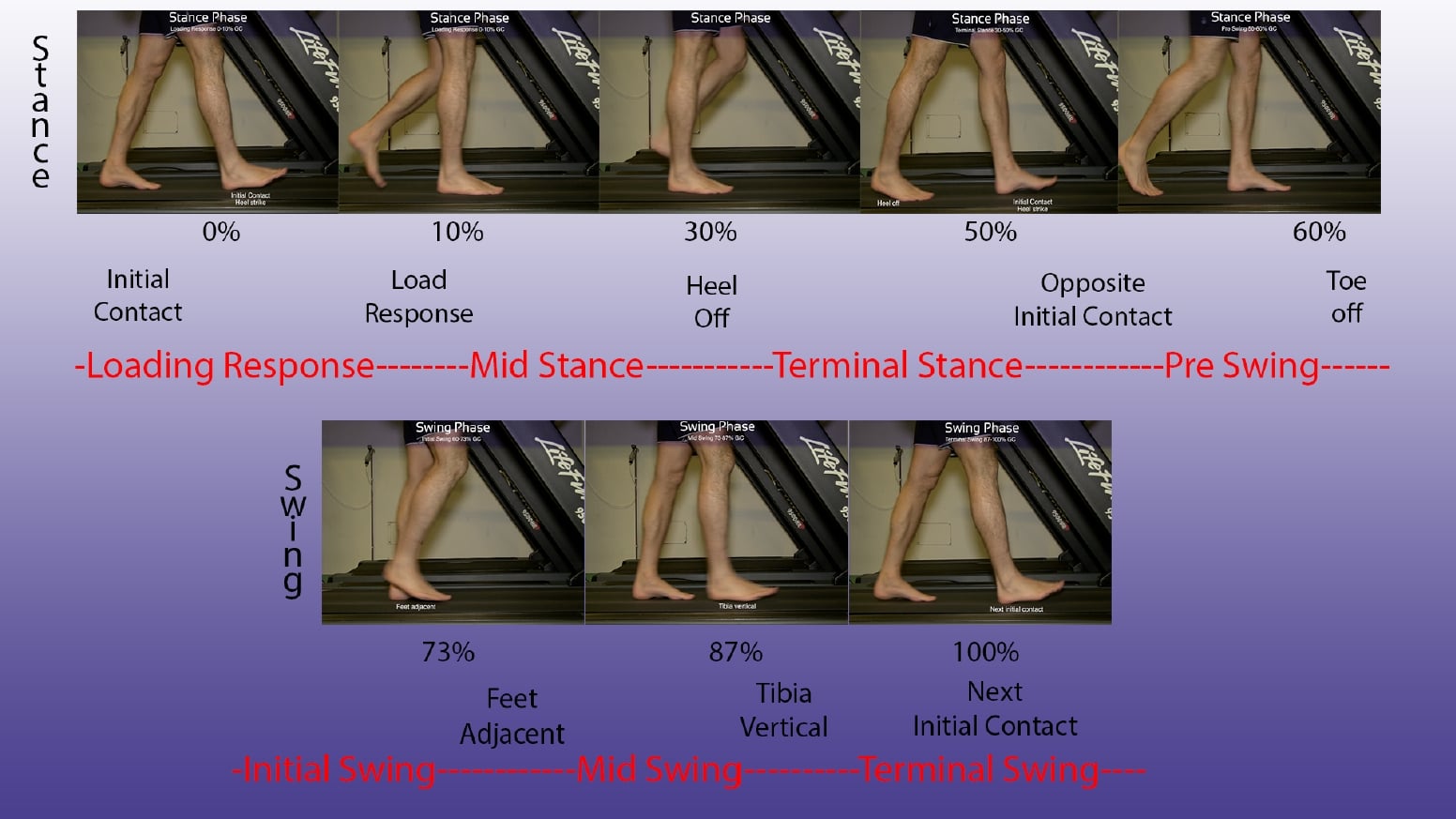 To analyze gait in physiotherapy one can make use of the Nijmegen Orthopaedic Gait Analysis Form.It is a check list to assess certain aspects of the body during gait.And it is important to compare left and right. You would ask the patient to walk at his or her normal pace.

Kai is walking 3km/h, which is an average walking speed. A general aspect to assess, whether there is a shortened stance phase or not. It is usually the most obvious deviation from normal gait

For example, the patient who is limping will have a shortened stance phase for sure. Focusing on the trunk Check whether the trunk is anterior or posterior to the hips or is lateral flexion is present. In some patients, the arm swing might also be reduced.

Next up, one should look at the pelvis and whether posterior rotation is excessive. Your patient might have to expose landmarks for you to assess this item.

At the hips, check the amount of extension and whether that is reduced. Do the same for the knee.

Also, assess the knee flexion movement and check whether it is absent.

Furthermore, check for normal ankle plantarflexion, which might be reduced.

Lastly, you could also inspect the amount of internal or external rotation of the leg.

If you are really interested in gait and running injuries, check out our online course on Running Rehab.