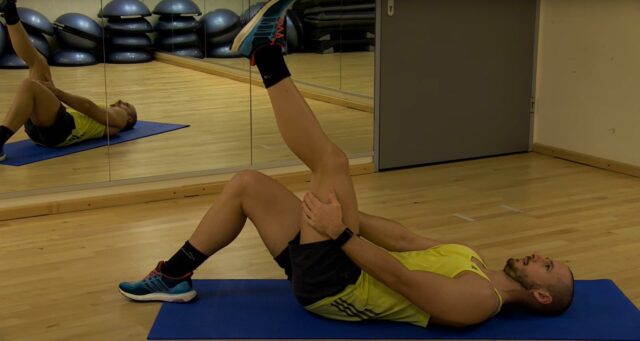 The hamstrings are comprised of the biceps femoris, which has two heads – a short and a long one – The semitendinosus AND the semimembranosus muscle. The hamstring strain is one of the most prevalent sports injuries and lots of efforts are made to reduce their incidence.

Askling et al observed two main mechanisms of injury in elite soccer players which were either stretching such as during a glide tackle or high kick AND spriting-type injuries occurring during high speed running.

What they found was that stretching type injury affected mostly the Semimembranosus und sprinting type the long head of the biceps femoris.

When they compared their rehab protocol focusing on load during lengthening, it appeared superior to conventional protocols. So let’s dive into the exercises:

Hold and stabilize the thigh of the injured leg with the hip flexed approximately 90°.
Perform slow knee extensions to a point just before pain is felt.
Twice every day, three sets with 12 repetitions

Stance leg with a slightly flexed knee. Swing leg bent to 90° knee flexion.
Perform a dive forward by flexing at the hip and extend arms forward.
Start slow in the beginning and increase speed gradually once every other day, 3×6

Start from a position with an upright trunk. One hand holding on to support and legs slightly split.
Bodyweight should be on the heel of the injured leg with approximately 10–20° flexion in the knee.
The motion is started by gliding backward on the other leg and stopped before pain is reached. The movement back to the starting position should be performed with the help of both arms, not using the injured leg. Progression is achieved by increasing the gliding distance and performing the exercise faster.
Once every third day, three sets with four repetitions 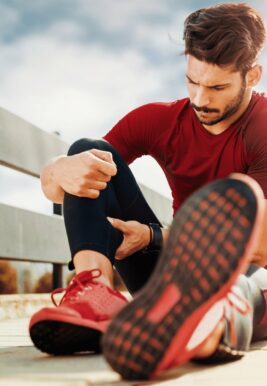 If you are further in the rehab process, you might want to progress to more demanding exercises tackling all muscles and heads of the hamstrings.
Here are our top 4 hamstring exercises. 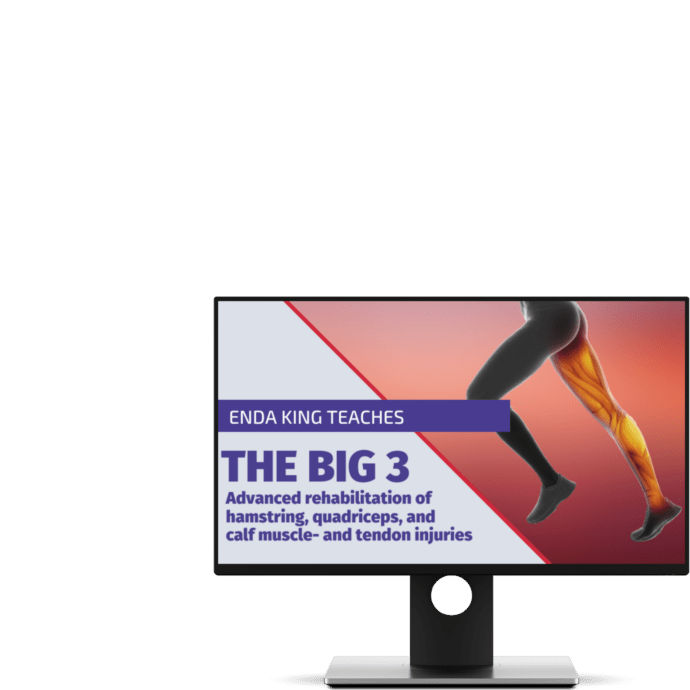