Get to see how a multimodal physical therapy program for lateral epicondylalgia looks.

Learn if strengthening exercises are needed to treat this condition.

Lateral epicondylalgia (LE) is a common complaint, affecting 1-3% of the general population. It most commonly occurs in people’s forties or fifties. Historically, medical practitioners thought controlling inflammation was the mainstay of therapy for LE. The current consensus speaks of relative overload of the tendons or general deconditioning for the tasks that are asked of it. Currently, we don’t know what mediates positive outcomes for this condition. Multimodal programs seem to work. This study aimed to check whether the strengthening component of the program results in added benefits.

Ninety-four patients enrolled and were allocated to one of two groups:

All patients received 4-6 sessions spread out over 12 weeks. The strengthening exercises were performed as follows:

When 30 reps were possible, the weight was increased to 1 kg for 10 reps with the same progression to 30 reps. Once this was possible, grip training was introduced.

Each session, all components of the treatment program were reviewed.

Outcome measures for this study were:

Both groups collectively improved from baseline at every time-point and time-point except the DASH at 52 weeks. Interestingly, the DASH score increased from 24 to 52 weeks.

Now, what about between-group differences? There weren’t any. It appeared that adding the exercises did not result in superior outcomes.

Talk Nerdy to Me

Every treatment we deliver is multimodal, in the broadest sense of the word. We deliver education, manual therapy, and exercise therapy for condition X. But how do we know if for example the education part works? Pragmatic trials are needed and useful for practice. However, we need to know the effects of the isolated parts. This needs to be tested in a trial prior to the multimodal pragmatic trial. Otherwise we will waste resources. The authors of this paper aimed to shed some light on the strengthening part of a multimodal program for LE. Is it useful? Does it provide added benefits?

Let’s sweep that under the rug. They did not measure strength, maybe not the end of the world. Did the program at least look like a strengthening program? Hard no. You probably noticed the extremely low volume — and probably intensity. Remember Bob and Alice? I guess we could say they would not get equally loaded. The authors did include a progression, to be fair. However, 10 reps with 0,5 kg progressed to 30 reps with 1 kg will likely not do the trick, at least not for everyone. We know multiple sets are useful, as are rest days when intensity is high. Both were not taken into consideration.

A counter argument could be: strength gains and pain/function do not improve linearly. We might not need increased strength for improved pain and function — which is a fair point. However, the current consensus in the tendinopathy literature is that we need to provide a sufficient stimulus (albeit volume and/or intensity) for the structures to tolerate load better in the future. There is some discussion over there but let’s not open that can of worms.

Now onto the rest of the study. The authors noted a huge drop-out rate which raises questions but I cannot really make any further comments on that. Another thing worth noting is that the authors planned to have a control group, but failed to collect participants for that which they honestly state in the paper.

The main question of the review was if adding ‘strengthening‘ exercises induce more positive long-lasting outcomes, which cannot really be answered here. You would say, when looking at the graphs, that the treatment works — right? Maybe… A recent meta-analysis by Ikonen et al (2021) showed that the natural history of LE is quite favourable, with or without treatment.

This is a quote from their conclusion:

“Roughly 90% of patients achieve resolution of symptoms at 1 year without any treatment, and this occurs regardless of symptom duration before trial enrollment.”

So does the treatment ‘work’? 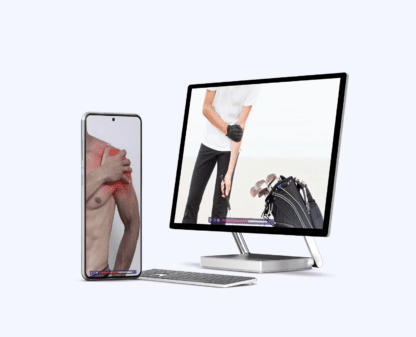