As recent trials comparing surgical and non-surgical treatment for achilles tendon rupture found no differences in functional outcomes, the latter becomes increasingly investigated. However, little is known on how different non-surgical rehabilitation regimens affect overall recovery. Information on whether they are associated with an increased risk of re-rupture of the tendon is also scarce and that’s what this study is all about! 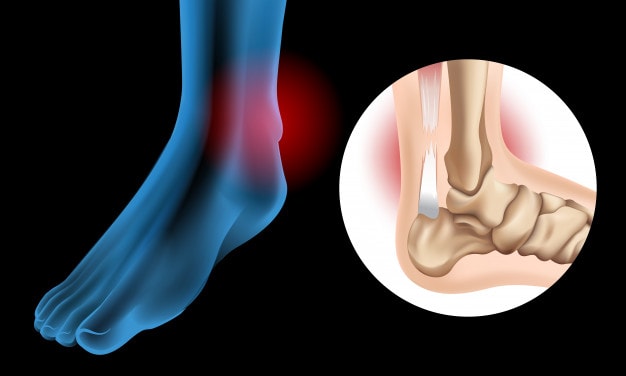 8 RCTs published between 1992 and 2020 were included and provided data for 978 patients who were followed for 9-54 months (78% males, mean age of 46.1 years (range 21–79 years)). Risk of bias revealed overall good results. However, only 4 of 8 studies adequately blinded the outcome assessment. 2 studies were found to selectively report data. No study blinded participants or clinicians, yet this systematic review indicated that after all this was not possible (total immobilization in a plaster cast versus in a removable functional brace).

Across all outcomes no differences were found when early weight bearing with or without functional ankle motion was compared to ankle immobilization with non-weight bearing. Subgroup analyses revealed no significant differences between the 3 rehabilitation regimens. Early weight bearing with functional ankle motion was associated with a reduced mean cost of £103 compared to ankle immobilization with non-weight bearing, however this was studied by only one study and the confidence interval includes 0 (95% CI: -289 to 84) and should therefore not be interpreted as a real difference.

Several good aspects can be noted for this systematic review. First of all, a rigorous systematic review was conducted according to the PRISMA guidelines with a prospectively registered protocol. The Cochrane Risk of Bias tool was used to assess bias and showed overall good results. The study analysed data according to the intention-to-treat principle and used a random-effects model. Heterogeneity was assessed and was found to be low in all outcomes but one (complication rate, I-squared=57%). The subgroup analysis for this outcome revealed acceptable heterogeneity, and so this absence of a difference between the subgroups may be interpreted accordingly. The Egger and Begg tests revealed no indication for publication bias. The eligibility of studies was not restricted to the English language and thus it can be assumed that no language bias has influenced the results.

Only a few limitations can be found for this study, yet they were clearly reported. The type of sports and the type of work in the analyses of return to sports and return to work respectively, lacked homogeneity. This may be an issue since it may make these conclusions less certain. Secondly, the ATRS and the EQ-5D-5L were only investigated in 3 and 2 studies respectively, and therefore it may be possible that a type II statistical error impacted the results (meaning that due to an underpowered analysis the test was not able to detect a true difference).

Early weight bearing may not only give patients more self-care ability, but it may also prevent severe atrophy that occurs with complete immobilization. Therefore it may also be important in the repair process as the mechanical stress administered through weight bearing and ankle motion may help to adequately reorganize fibroblasts and tenocytes in the damaged tendon. As a result, better tendon repair and less loss of strength are likely to occur which may have an significant impact on the (duration of the) recovery process.