This study examines the clinical profile of frozen shoulder

Frozen shoulder is a condition in which there is no treatment that has demonstrated superior efficacy, and therefore it remains a puzzling condition for clinicians and patients alike. Some advocate waiting for the natural course; others recommend starting treatment immediately. Yet many patients do not make a full recovery. Thus, since the most optimal treatment has not been defined to date, the best results are not achieved in all participants. Some people fall outside the group-level averages. Grouping patients into different profiles has been done in other musculoskeletal conditions and has led to more patient-centered care. New studies point to influences beyond the musculoskeletal system. The influence of metabolic factors, autonomic dysfunction and altered pain processing may be much greater than originally thought. Therefore, this study examined the extent to which local musculoskeletal and metabolic factors may influence the prognosis to establish a clinical profile of frozen shoulder patients.

In this observational study, patients with a frozen shoulder were recruited from the orthopedic department of 4 centers (2 in Belgium, 2 in Spain). They were followed for 9 months and filled in the Shoulder Pain and Disability Index (SPADI), VAS, 36-item Short Form Health Survey (SF-36) and Composite Autonomic Symptom Score-31. Further, pain pressure thresholds, temporal summation and conditioned pain modulation were assessed as a proxy for central pain processing. Next to these measures, the ROM of both shoulders was measured. These measurements were obtained at baseline and 3, 6 and 9 months. The SPADI and the SF-36 were used to analyze the findings. Higher scores on the SF-36 and lower scores on the SPADI reflect better outcomes.

Hyperalgesia was tested by the pain pressure thresholds on the affected side 2 cm distal to the acromion at the center of the belly of the anterior deltoid and at the middle of the quadriceps muscle. These locations were chosen to assess local and widespread pain hyperalgesia. Temporal summation was analyzed by administering 10 repetitive pressure stimuli at the quadriceps muscle and patients verbally rated their pain intensity after repetition 1, 5 and 10 on the NPRS. Conditioned pain modulation was examined to determine the efficacy of descending pain modulation pathways. The conditioning stimulus was provided by use of an inflatable air cuff placed just above the cubital fossa which was inflated until the patient experienced the stimulus as annoying and uncomfortable. After 30 seconds, the perceived pain was rated again. Before and after the inflation of the cuff, a pressure was applied and rated for its pain intensity.

149 patients with a frozen shoulder were included in the study. At 9 months, 88 of them were analyzed. Over the course of the study, the SPADI outcome decreased by on average 40 points. The radar plot shows that the SF-36 improved mostly for levels of pain and physical problems, but other domains also improved to a lesser extent. Nonetheless, significant improvements were reported on the subscales physical functioning, emotional problems and vitality besides the visible improvements on the radar plot for pain and physical problems.

The active external rotation ROM was prognostic for physical functioning and pain on the SF-36 scale. The direction of the effect shows that more active external rotation ROM was predictive of worse physical functioning and pain, contrary to what the authors had expected. Diabetes mellitus was predictive for shoulder pain and disability (SPADI) and physical functioning. The presence of diabetes negatively influenced both outcomes. The co-occurrence of thyroid disorders was predictive of worse scores on the emotional problems subscale of the SF-36. Autonomic symptoms were predictive for worse scores on the subscales of emotional problems, mental health, vitality, and general health of the SF-36.

The time analysis revealed that the reductions in emotional problems became evident from 6 to 9 months. Vitality (fatigue and energy) improved already from 3 months on. Improvements in the SPADI were seen during every measurement moment at 3, 6, and 9 months.

Table 1 excludes frozen shoulders due to fractures, dislocations, or cerebrovascular accidents (secondary frozen shoulder). Further on in the article, it is mentioned that other underlying conditions such as osteoarthritis are not verified. This poses a problem because it does not allow us to determine whether all included patients had a true primary frozen shoulder. However, this is a reflection of clinical practice, where we can only sometimes be sure of a particular diagnosis. But it is important to keep in mind that there may be other conditions that mimic a frozen shoulder. The Hannafin and Chiaia criteria were intended for the clinical staging of a frozen shoulder, but this is not a diagnostic set of criteria. However, since the patients were recruited from an orthopedic department, the diagnosis will most likely have been made correctly.

Surprisingly, a greater degree of active external rotation ROM at baseline resulted in worse scores on pain and physical functioning (SF-36). In general, one would expect better results in this case. However, it is possible that these individuals received less treatment and this resulted in worse outcomes, but this has not been studied so we cannot say.

This study did not analyze what the effect was of receiving a certain treatment during the 9 months. Therefore, it is difficult to put these findings in perspective. It would be interesting to know what influence treatment-related variables would have had on these individuals during the study. However, since recovering from a frozen shoulder can take a long time, the time analysis is valuable because it shows when someone with such a long-term condition may experience improvements in energy and fatigue, and related emotional problems. But again, we do not know if these improvements are due to natural history, treatment, placebo, etc., as this has not been studied.

The clinical profile of frozen shoulder is influenced the presence of diabetes mellitus, thyroid disorders, and autonomic symptoms. Patients with diabetes mellitus and a frozen shoulder can expect worse outcomes after 9 months on pain and function than patients without diabetes. The presence of autonomic symptoms in a patient with a frozen shoulder may predict worse outcomes after 9 months on vitality, mental and general health, higher pain levels, and more emotional problems. The co-occurrence of thyroid disease in a person with a frozen shoulder may negatively affect emotional problems after 9 months. Surprisingly, this study found that greater active external rotation ROM at baseline predicted worse pain and disability and worse physical functioning after 9 months. Pain and disability improved gradually over the course of the study. Gradually more improvements in energy and fatigue were seen (vitality subscale) starting at 3 months, and emotional problems did not diminish until 6 months. This study however did not examine the influence of a certain treatment.

What university doesn’t tell you about shoulder impingement syndrome and scapula dyskinesis and how to massively level up your shoulder game without paying a single cent! 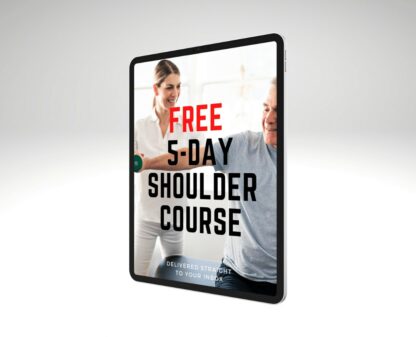 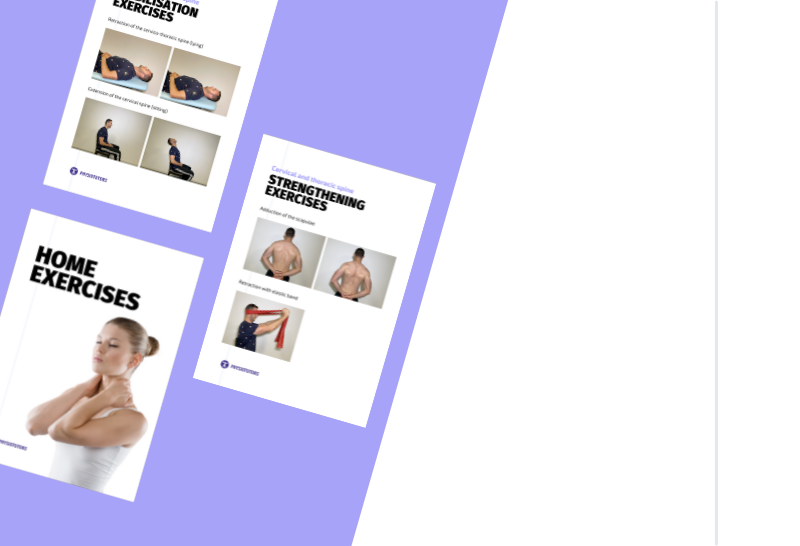